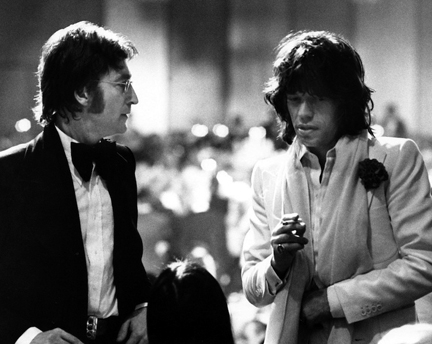 The shots on display on the Staley-Wise Gallery website in New York are a work of David LaChapelle, Herb Ritts, Slim Aarons, Phil Stern and other photographers: a cross-section of style, charm and male beauty that distances itself from univocal interpretations.

It was 1963 when the famous American fashion photographer and director Bert Stern gave immortality the face of Marcello Mastroianni, then thirty-nine, staring at him in an intense portrait. The shot starring the Italian actor, made in the studio, today marks the exhibition of Men of Style, the digital exhibition project promoted by the Staley-Wise Gallery in New York on the occasion of the temporary closure of its headquarters.

Available exclusively online, as well as 2 WOMEN OF STYLE Louise Dahl-Wolfe and Stephanie Pfriender Stylander which has just ended, the exhibition provides sixteen works in as many variations and expressions of the male universe. Coming from the gallery archive, the selected photographs cover almost a century of style, from 1931 to 2017, outlining an itinerary that distances itself from the most consolidated representations of this theme.

The result is a kaleidoscope of interpretations of the concept of masculine charm, which does not give up daring or apparently unpredictable "flashes": they are proposed alongside shots that, immediately, bring attention back to an imaginary of the past, which has become part of of collective memory. To this last core belong, among others, the posing photo that brings together the cast of Ocean's 11 in 1960 - in which Frank Sinatra and Dean Martin are recognizable - and the one in which Slim Aarons portrays the so-called "Kings of Hollywood", - Clark Gable, Van Heflin, Gary Cooper and James Stewart - inside the Romanoff of Bevery Hills, in 1957.

Visible exclusively on the Staley-Wise Gallery website, until 30 June, Men of Style therefore opens the field to a multiplicity of definitions and visions, as also the portrait of the young warrior Dinka, with leopard skin and shoulder gun in South Sudan, or that of David Hockney: in a recent work by David LaChapelle, the English artist born in 1937 appears intent on observing a curious scene by the pool, a recurring subject of his pictorial works. 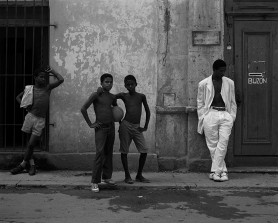 Men of Style
Online Exclusive With this group of photographs, Staley-Wise is continuing a series of online themed exhibitions chosen from the gallery archive. May 12 - June 30, 2020
Back To Top