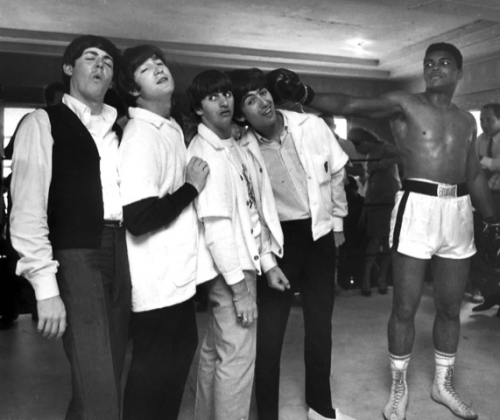 This week, the Annenberg Space for Photography is pleased to announce “Casual Conversations: The Vanity Fair Talks,” a four-part series of virtual conversations between lauded Vanity Fair photographers and some of the publications current and former editors. Over the course of four weeks, ASP will host four presentations and conversations about the iconic imagery that accompanied the magazine’s investigative reportage and signature wit via Zoom Webinar.

For the first Casual Conversation: The Vanity Fair Talks, exhibition curator and VF Editor of Creative Development, David Friend speaks with his long-time friend and colleague, the esteemed Harry Benson. Join us Thursday, May 21 at 11am Pacific (2pm eastern)!

Register for the webinar at the Annenberg Space for Photography website.

It was 1985, in the West Wing of the White House, a short while before a State Dinner. An assistant went to fetch President Ronald Reagan and First Lady Nancy while photographer Harry Benson set the stage. He rolled out a white backdrop and turned on a stereo to play what he knew to be Nancy’s favorite tune – Frank Sinatra’s “Nancy with the Laughing Face.” The First Couple walked in and Nancy’s eyes lit up. Laughing, dancing, and even kissing, the Reagans posed for Benson and the resulting image became not only one of the most iconic Vanity Fair covers ever, but an emblematic moment that came to visually depict the merging of politics and celebrity. In fact, the cover photo was such a hit, it saved the magazine. In 1983, Vanity Fair had gotten off to a rocky start when it was relaunched, until the issue featuring the Reagans flew from magazine stands.

That cover image is among many that have come to define the epic career of Scottish-born photographer Benson. Having gained fame for his coverage of the Beatles, Muhammad Ali and the Civil Rights movement, not to mention photo exclusives of elusive personas from Greta Garbo to the Shah of Iran, no photographer of his era has photographed more famous faces and news events for a longer period of time: 70 years, and counting. Benson, who has photographed every U.S. president since Eisenhower, was named a Commander of the Order of the British Empire by Queen Elizabeth II. His works reside in the permanent collection of some of the world’s most prestigious museums, and he is the subject of the recent documentary, Harry Benson: Shoot First.

From his early days in Glasgow and on through his time as a photographer at LIFE magazine, where he first met then Director of Photography David Friend, Benson has amassed a cache of imagery and an encyclopedia of stories that tell the tale of a post-war world finding itself through culture and politics. Benson and Friend, at LIFE and Vanity Fair, have traveled the world together: wartime Afghanistan and Poland under martial law, the Persian Gulf and 9/11’s Ground Zero, Israel and the West Bank, Michael Jackson’s Neverland Ranch, and dissident writer Aleksandr Solzhenitsyn’s Vermont retreat, a shock trauma unit in Baltimore, and drug dens in Brooklyn, and on and on. They have cultivated parallel careers and a unique lifelong friendship. Join us as Benson and Friend delve into their shared history to speak about photography, their most-rewarding collaborations, and a candid conversation between these two engaging storytellers who have witnessed so much together.

Harry Benson, CBE arrived in America with the Beatles in 1964, leaving London’s Fleet Street behind. Over the next 30 years, Benson became the most-published photographer at LIFE magazine. Having photographed the last 12 U.S. Presidents; marched with Dr. Martin Luther King Jr. during the Civil Rights Movement; stood next to Senator Robert Kennedy as he was assassinated; toured with U.S. troops in Desert Storm; looked on as the Berlin Wall went up and came down – Benson has witnessed and documented iconic cultural and political histories of our modern era. He has photographed luminaries such as Queen Elizabeth II, Muhammed Ali, Jacqueline Kennedy, Amy Winehouse, Bobby Fischer, Andy Warhol, Elizabeth Taylor, Francis Bacon, Jack Nicholson, Truman Capote, Michael Jackson, Dolly Parton, Frank Sinatra, the Rolling Stones, and Sir Winston Churchill.

In 2009, Benson was honored as Commander of the Order of the British Empire (CBE) by Her Majesty Queen Elizabeth II. In addition to receiving Honorary Doctorates from the Glasgow University, the Glasgow School of Art, St. Andrews University, and Glasgow Caledonian University, Benson received the 2017 Lifetime Achievement Award from the International Center of Photography (ICP) in New York. His 18th book, Paul McCartney, will be published by TASCHEN in 2020, and the documentary Harry Benson: Shoot First is currently available to stream on Netflix. Along with Vanity Fair, his photographs have appeared in Vogue, Paris Match, Town & Country, Architectural Digest, Time, Quest, Fortune, New York Magazine, Newsweek, and The London Sunday Times Magazine. His work has hung in the Smithsonian National Portrait Gallery, Washington D.C.;  The National Portrait Gallery, Edinburgh, Scotland; The Norton Museum of Art, West Palm Beach; The Lumiere Center of Photography, Moscow; Kunst Museum, Switzerland; Lucca Center of Art, Italy, June  2020.

David Friend is the co-curator of the exhibition Vanity Fair: Hollywood Calling for the Annenberg Space for Photography. An editor at Vanity Fair and formerly LIFE magazine’s director of photography, he has curated photography shows on three contents. As an Emmy- and Peabody-winning producer, he executive-produced the CBS primetime special 9/11, which aired in 140 countries, and The Flag, for CNN. As an author, he has written Watching the World Change: The Stories Behind the Images of 9/11; The Naughty Nineties: The Triumph of the American Libido; The Meaning of Life; and More Reflections on the Meaning of Life. As a reporter, Friend has covered conflicts in Afghanistan, Lebanon, and throughout the Middle East. His poetry has appeared in The New Yorker.