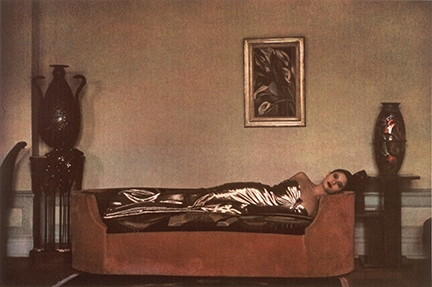 Fashion photographer Sheila Metzner is in the spotlight yet again after the publication of her book last October; this time, Metzner and her work are the subject of the solo exhibition “Sheila Metzner: From Life” at the Staley Wise Gallery in New York. Metzner is best known for her portraits of famous models and actresses in the 1970s, including Christy Turlington, Molly Ringwald, and Uma Thurman.

Metzner was born in Brooklyn and didn’t go far for school, attending college at Pratt University in the city. After multiple jobs in advertising and some time working as the first female art director for the Manhattan advertising agency Doyle Dane Bernbach, she married the art director Jeffrey Metzner and continued her photography career while raising five children. She was the first female photographer to regularly contribute to Vogue, photographing multiple spreads for the magazine, as well as for Vanity Fair, throughout her career.

Decades of her work for fashion labels like Ralph Lauren and Fendi are on display in the Staley Wise exhibition, which closes January 27 after an extended run. Like her book, the walls of the exhibition are scattered with celebrities — Isabella Rossellini, Brooke Shields, and Warren Beatty all posed for her camera. Alongside Metzner’s images of celebrities and models lounging in couture are images from her travels around the world. Later in her career she photographed vast landscapes, such as the pyramids in Egypt and icebergs in Alaska. The show also includes photographs of iconic New York City landmarks like the Chrysler and Empire State buildings, which Metzner admired while growing up. Scroll for a preview of the show. 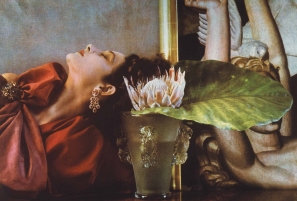